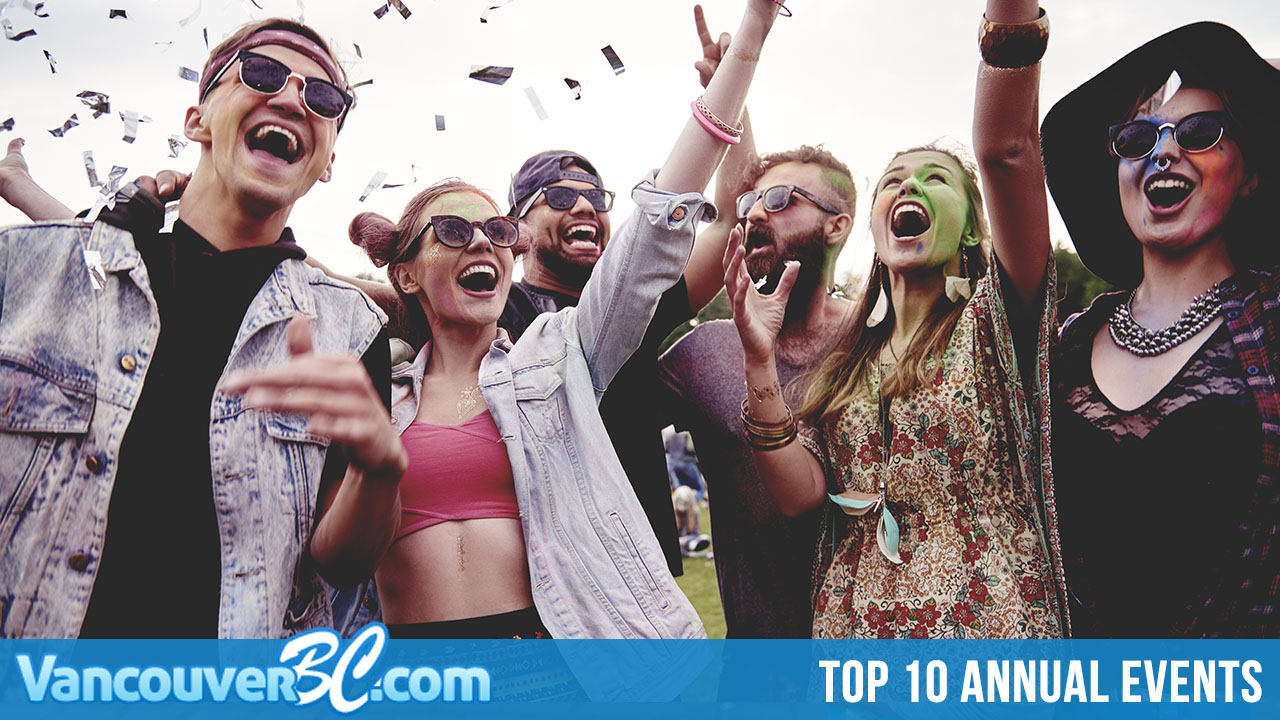 Vancouver is one of the most vibrant and lively cities in Canada. The people who live here and those who come to visit certainly love taking the opportunity to celebrate whenever they can. Our beautiful city is home to many annual events, including comic conventions, food festivals, and live music events. There is no shortage of festivals and celebrations to be enjoyed regardless of what time of year it is.

Here are a few of the most popular annual events in Vancouver that should definitely be highlighted on your calendar:

BC Highland Games and Scottish Festival 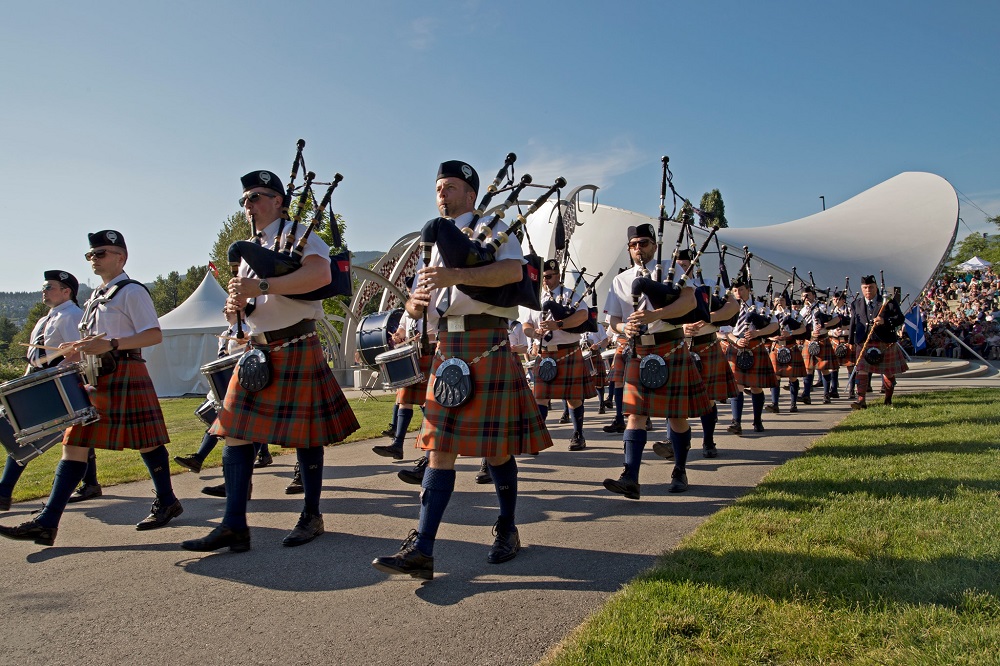 The BC Highland Games and Scottish Festival is an annual festival held at Lafarge Lake Park in Coquitlam. Next year’s 89th celebration of Scotland and British Columbia will be held on June 20, 2020. You can expect to hear plenty of bagpipes and see a ton of highland dancers. They have caber tossing, whiskey tasting, Gaelic singing, Scottish country dancing, and Celtic music. Just follow the sound of the pipes and look for any folks who might be wearing kilts and tartans. 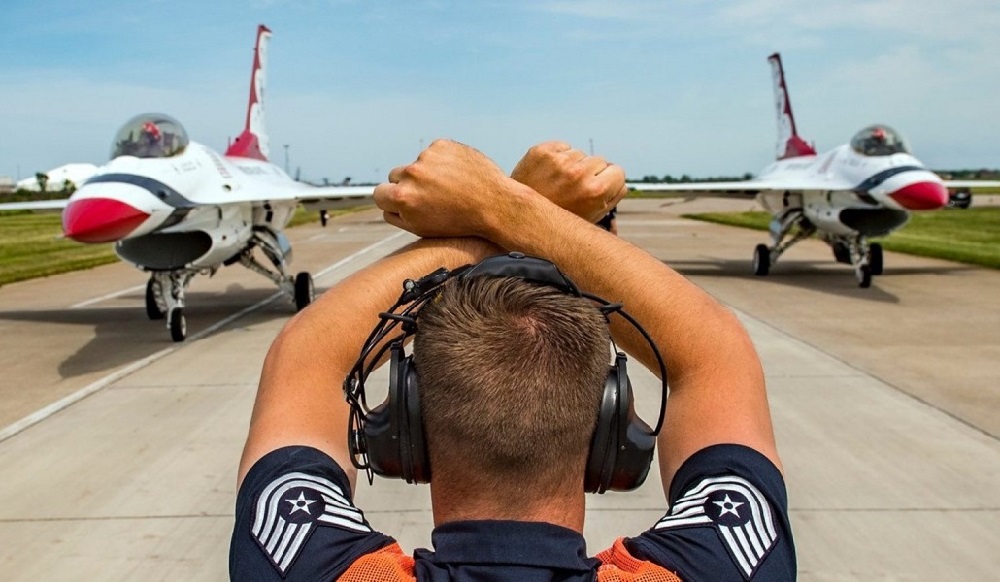 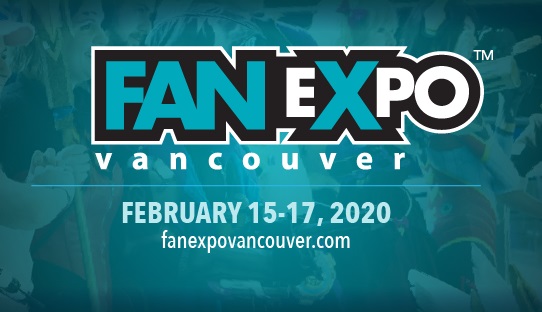 Fan Expo Vancouver is a three-day pop culture convention which is held yearly at the Vancouver Convention Centre. The next Fan Expo takes place on February 15, 16, and 17, 2020. There are vendors, exhibitors, panels, and workshops, all centered around your favorite comics, movies, and television shows. You can meet your favorite celebrities, comic book creators, voice actors, cosplayers, and gamers. Fan Expo Vancouver is a total geek haven of science fiction, comic books, film, television, horror, fantasy, animation, and pop culture. It’s an absolute must attend event for anyone who proudly considers themselves to be a nerd, a geek, or a super fan of any sort. 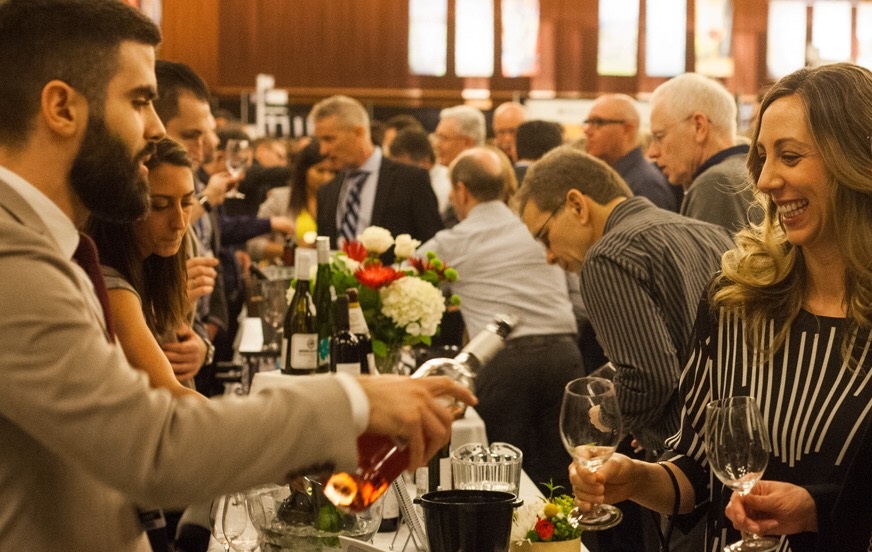 The Vancouver International Wine Festival is Canada’s top food and wine event. Next year’s festival will take place from February 22 to March 1. This event is an informative, educational, and entertaining experience for anyone with a taste and appreciation for fine wines. Within the Tasting Room, attendees will have the opportunity to taste hundreds of different wines from many different countries around the world. Special events, such as seminars, vintage tastings, winery dinners, lunches, brunches, and wine minglers are also an option for any wine enthusiast who would like to experience more of the festival than just the Tasting Room. 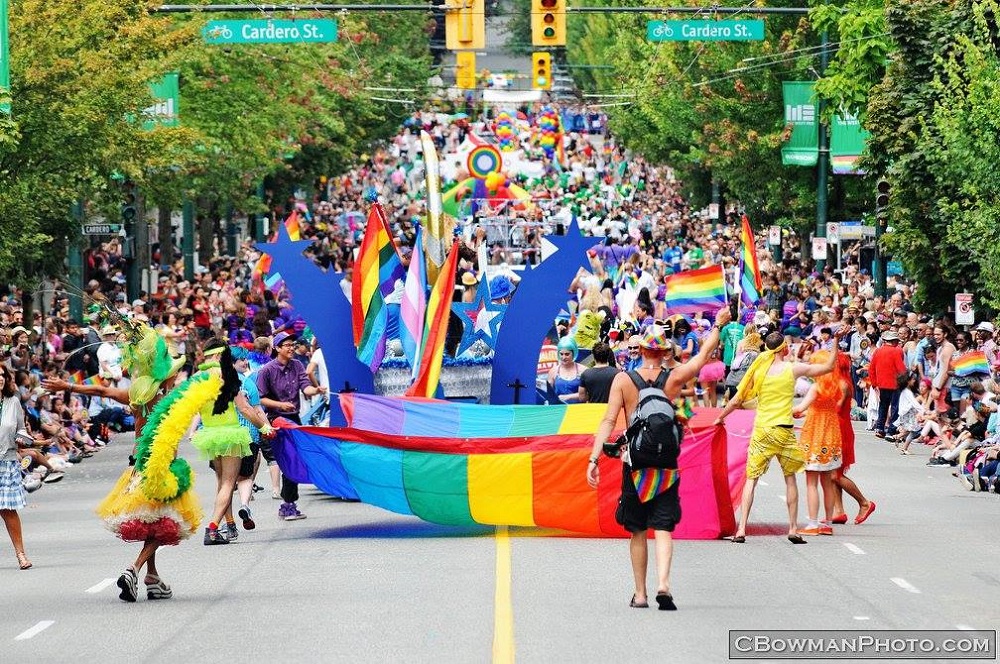 The Vancouver Pride Parade celebrates Vancouver’s lesbian, gay, bisexual, transgender, two-spirited, and queer community. The next Pride Parade will be held on August 2, 2020 and will proceed from Robson Street to Denman Street and then finish up by heading down Beach Avenue. There are always plenty of lively costumes and colorful floats which attract tons festival goers from all over the city of Vancouver and beyond. 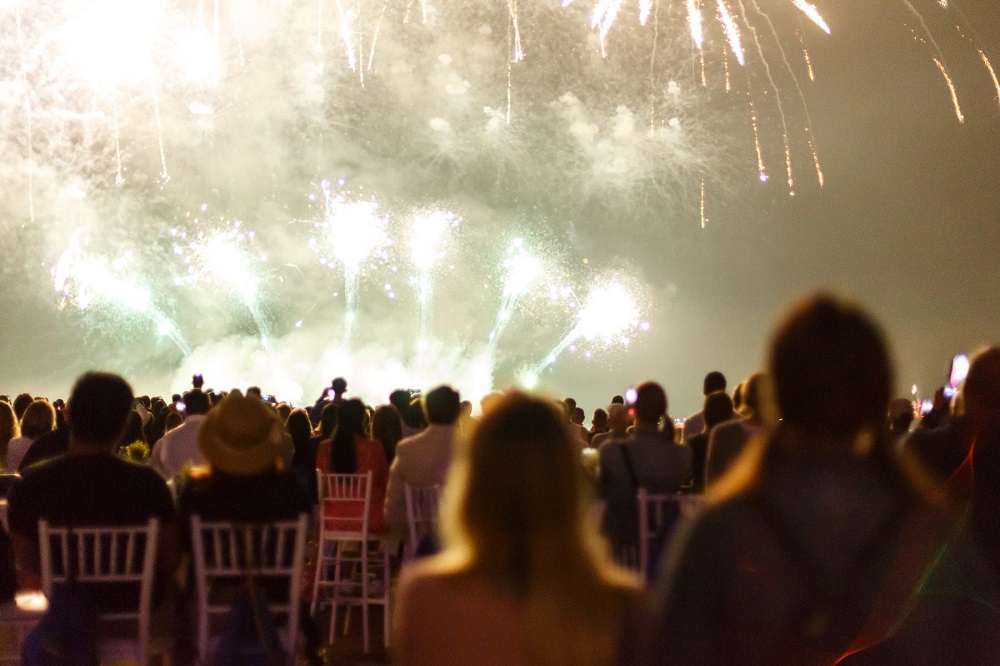 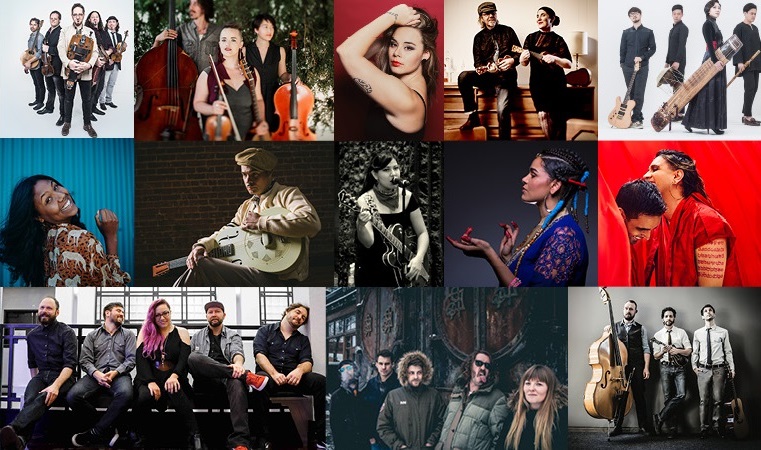 The Vancouver Folk Music Festival is a community-based celebration of traditional and contemporary folk and roots music from around the world. Held at Jericho Beach Park, the 43rd annual festival will take place on July 17, 18, and 19, 2020. It will be an unforgettable experience of music and culture from international, national, and local acts. Shop at the Artisan Market and the Folk Bazaar or bring the kids to play and explore in the Little Folks Village. 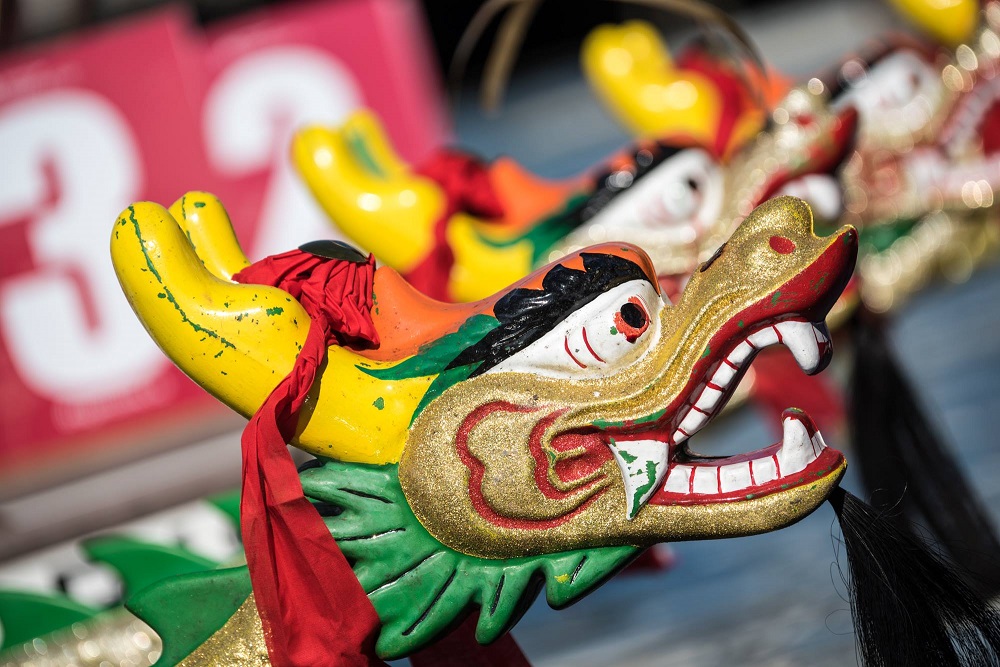 The Concord Pacific Dragon Boat Festival is held every June on the water of False Creek. Run by the Canadian International Dragon Boat Festival Society, it is the largest dragon boat festival in North America. It is not only a competition but also a celebration of community and culture. Festival goers can enjoy boat racing, headliner music shows, cultural installations, interactive performances, local artisans, food, and family-friendly activities.

Bard on the Beach 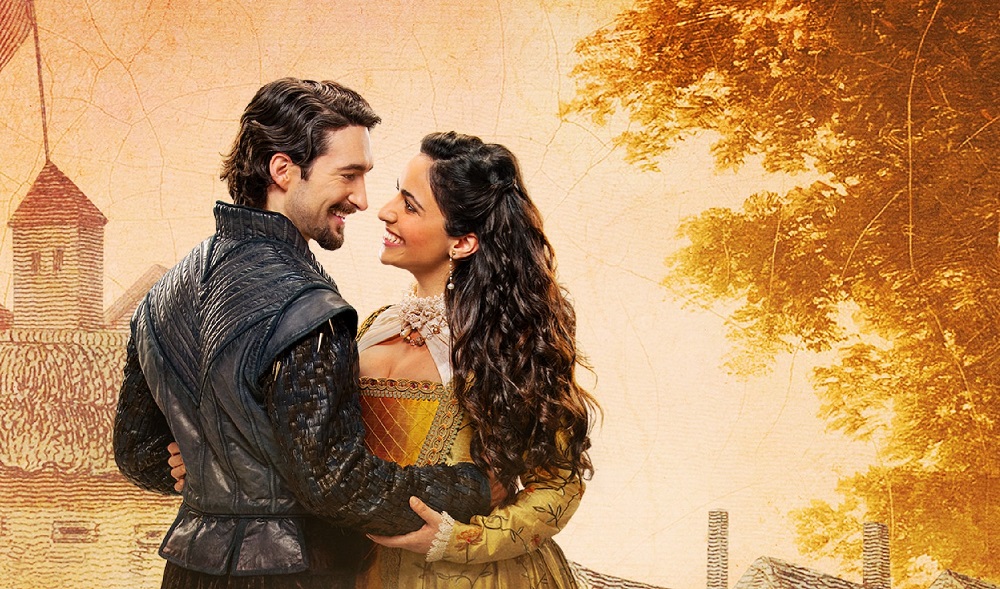 Bard on the Beach is a Shakespeare Festival which takes place on the Vancouver waterfront at Vanier Park. From June to September, attendees can enjoy Shakespearen plays, dramas, and various other special events within the two different performance tents. Two large-scale productions are performed throughout the summer on the Mainstage Theatre, which is open-ended and provides a backdrop of mountains, sea, and sky.

Peak of Christmas at Grouse Mountain

The Peak of Christmas at Grouse Mountain is a magical celebration which happens every year at Grouse Mountain. You can take the kids to see Elf Headquarters where they can create their own Christmas craft or write letters to Santa. You can marvel at the incredible light installations or go for a skate on the 8,000 square foot mountaintop Ice Skating Pond. You should definitely check out the Theatre in the Sky where you can watch Christmas movies on the large high-definition screen.

These annual events are always packed with tons of local culture, amazing food, and so many different forms of incredible entertainment. Be sure to plan your next visit to Vancouver around one of these fantastic events if you want to add a little more excitement to your trip.

Vancouver is a big, bustling city and these are definitely not the only events that take place throughout the year, so don’t forget that we have a directory full of events happening in Vancouver for you to choose from any time of year! 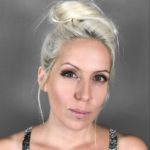 Nikki is a British Columbia native who was born in the Vancouver area. When she’s not busy being a tourist in her own city, you can find her exploring her passion for SFX makeup at MixxSFX.com or reviewing subscription boxes at unboxingrocks.com
PrevPreviousPet Friendly Vancouver: A Visitor’s Guide
NextTop 10 Bars for a Date in VancouverNext